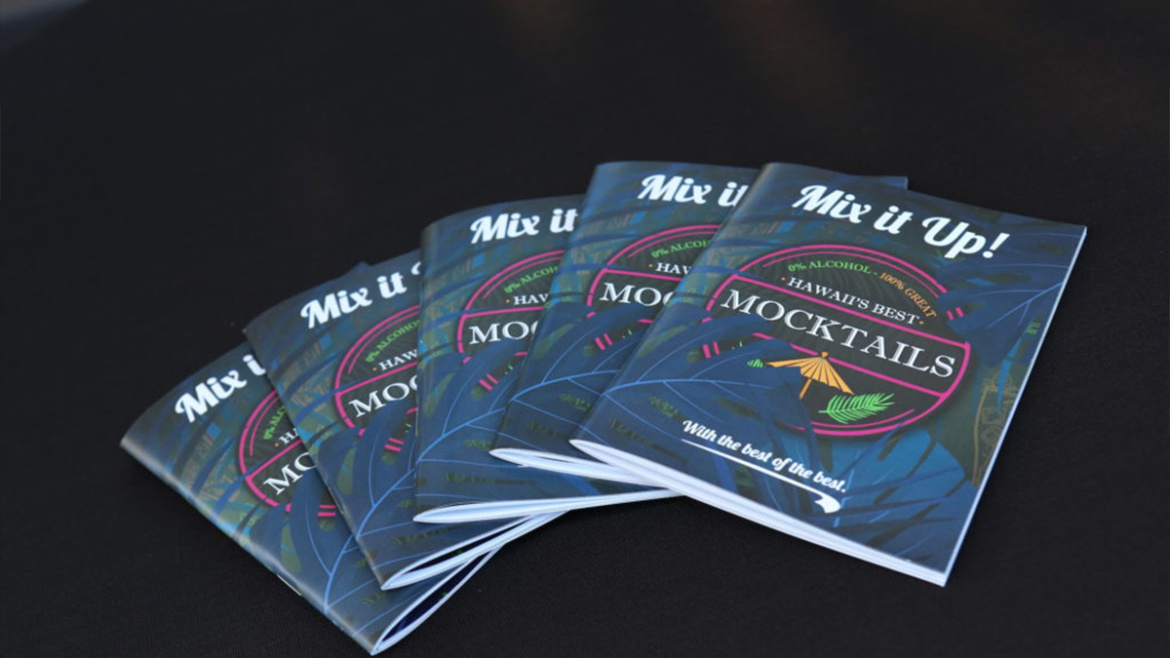 With summer and graduation season already underway, we at DTRIC Insurance want everyone on our roadways to be safe during these times of festive celebrations.

For the second consecutive year, DTRIC has partnered with the Hawaii Restaurant Association (HRA) to find Hawaii’s Best Mocktails and encourage safe and responsible driving. This friendly competition between restaurants, bars and lounges aims to offer non-alcoholic cocktails for designated drivers and non-drinkers.

Magics Beach Grill and The Manifest were named the winners at the 2nd Annual Hawaii’s Best Mocktails competition held May 14 at the International Market Place in Waikiki. The “Pahoehoe Plunge” drink created by Magics Beach Grill mixologist Jasmine Wasan from Kailua-Kona was named the Judge’s Choice, selected by a panel of media personalities, social influencers, and industry professionals.

Mixologist Gwen Whiting of The Manifest in Chinatown Honolulu won the People’s Choice award for her “Ginger & Rose Fizz” concoction.

“It was a fun night for everyone involved,” said Michele Saito, President and CEO of DTRIC Insurance. “The friendly competition brought awareness to the important role of designated drivers, who can still have fun with alcohol-free drinks that look and taste as fantastic as their cocktail counterparts.”

“We all have a responsibility to prevent drunk driving accidents and it’s encouraging that the restaurant and bar industry has embraced this unique campaign with such enthusiasm,” Saito added.

“Having alcohol should be a choice, not an expectation,” added Sheryl Matsuoka, Executive Director of the Hawaii Restaurant Association. “By offering mocktail options alongside classic cocktails, drinking and dining establishments are creating an inclusive atmosphere for all guests.”

Mahalo to all of this year’s restaurants and bars who participated in this year’s competition: